Amazon – supportive community is waiting for you

The percentage of total employment associated with green goods and services has increased in the United States over the past several years, presenting employment opportunities in a number of related emerging fields. Green-economy jobs hold promise for people with disabilities, and inclusion practices would also improve the outlook in this growing sector. An increase in green occupations was spurred by the Great Recession in 2008, by increased climate change awareness, and by the trajectory to develop jobs in the anticipated low-carbon economy.

A focused effort to engage and train people with disabilities in green fields would bring this diverse, talented and largely untapped portion of the U.S. workforce into the emerging economy. The U.S. Bureau of Labor Statistics defines green jobs as positions in which workers’ duties involve making production processes more environmentally friendly and less dependent on natural resources. According to a 2013 analysis by the bureau, there were 3.4 million green jobs in the United States in the fourth quarter of 2011. Twelve percent of Americans report one or more disabilities, and only one in about every three Americans with disabilities is employed. This condition presents a crucial opportunity to further employ people with disabilities in a growing labor market.

As employment options arise to provide these green goods and services, people with disabilities ought to have equitable employment opportunities in this growth sector of the American economy. A focused strategy to train and engage people with disabilities in the green economy can provide a talented and largely untapped segment of the U.S. workforce, a greater opportunity to participate than previously realized.

David Filiberto, PhD, is an evaluator and social scientist with expertise in research methods, particularly the design and administration of survey instruments. David is developing for the Employment and Disability Institute in the School of Industrial and Labor Relations a research agenda focused on sustainability and the effects a changing climate has on vulnerable populations such as those with disabilities, the aging, and indigenous peoples. He has performed federally funded research on the effects a changing climate has on the aging population. He holds a PhD in Policy Analysis 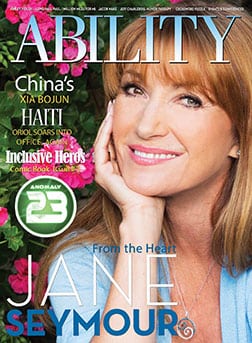